Of the last few years, we’ve watched both Bruce Wayne and Jim Gordon mature on FOX’s Gotham. Along the way, we’ve also seen Poison Ivy replaced multiple times. The first time was when they aged-up the character from pre-teen to grown-up with the mind of a pre-teen. When Gotham returns after the Olympics, we will be getting a brand new Ivy, as played by Flash actress, Peyton List. Check out the first image of her below. 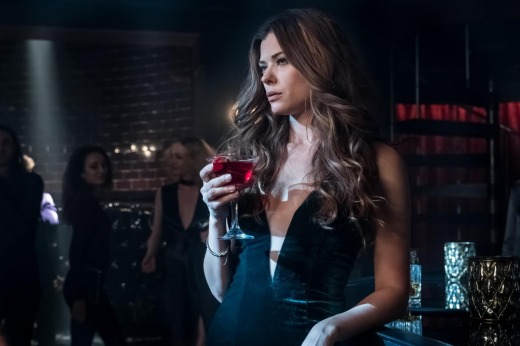 TICK-TOCK, WATCH OUT DOC ON THE ALL-NEW SPRING PREMIERE OF “GOTHAM” THURSDAY, MARCH 1, ON FOX

Gordon is called to the scene after The Toy Maker is hired to assassinate one of Gotham’s doctors. Lee Thompkins begins to try to rebuild the Narrows, with Nygma as her partner. Meanwhile, Alfred’s new life in the Narrows becomes complicated and Ivy (guest star Peyton List) reveals her new persona to Selina in the all-new “A Dark Knight: Pieces of a Broken Mirror” spring premiere episode of GOTHAM airing Thursday, March 1 (8:00-9:00 PM ET/PT) on FOX.