Here’s your first look at Martin Freeman as Bilbo Baggins and Ian McKellen as Gandalf from the set of Peter Jackson’s “The Hobbit.”

Here’s your first look at Martin Freeman as Bilbo Baggins and Ian McKellen as Gandalf from the set of Peter Jackson’s “The Hobbit” which has currently been filming for three months overseas.

While Jackson has shared various casting updates via Facebook from the set, these official images come to us courtesy of Entertainment Weekly.

Jackson had this to say about Freeman as Bilbo:

“He fits the ears, and he’s got some very nice feet,” Jackson says of his Bilbo. ”I think he’s got the biggest hobbit feet we’ve had so far. They’re a little bit hard to walk in, but he’s managed to figure out the perfect hobbit gait.”

And this on McKellen as Gandalf:

“He’s in fantastic form,” Peter Jackson says of McKellan. ”In a way, his role in The Hobbit has more technical difficulties than Lord of the Rings did, because he has scenes with 14 smaller characters — obviously the dwarves and the hobbit are shorter… I remember saying to him [laughs], ”Look, this isn’t Waiting for Godot or King Lear. This is The Hobbit. This is the real thing.” 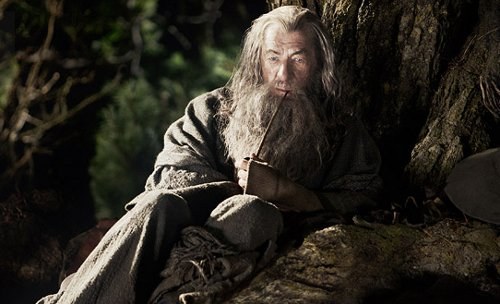 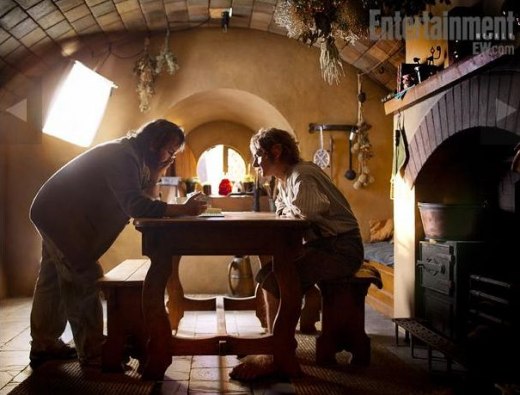 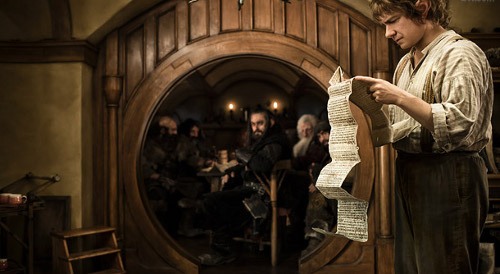