I’m not sure there’s a single person who doesn’t love The Iron Giant. Now, there’s a new collector’s edition Blu-ray coming out and it is chock full of great features and goodies.

Among the added features is a new documentary called “The Giant’s Dream.” It tells the story of how the movie got made. Here’s the synopsis:

The Giant’s Dream” is the dramatic story about a rare moment in movie history that allowed a first-time director to make one of the world’s greatest animated films, “The Iron Giant.” Using stylized animatics, archival footage, original concept art, and revealing interviews, The Giant’s Dreamcharts the incredible ups and downs, industry firsts, and amazing history behind this iconic film, and its rebel director, Brad Bird.

The set will also come with a set of art cards from MONDO and a 4″ articulated, plastic statue (I’m pretty sure if it’s 4″, plastic, and articulated, you can call it an action figure.) 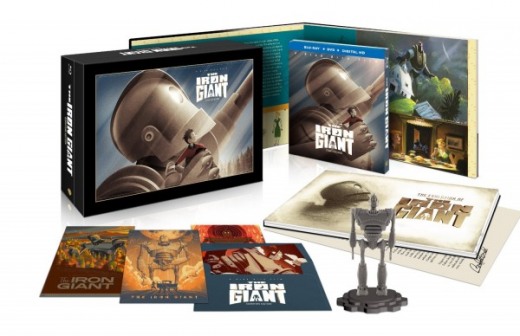 The set will hit shelves early September and set you back $74.99.