Warner Bros. have released the first teaser trailer for their upcoming Superman reboot, “Man of Steel.”

Warner Bros. have released the first teaser trailer for their upcoming Superman reboot, “Man of Steel.” The teaser trailer is the same that’s currently being secretly packaged in theaters with “The Dark Knight Rises,” and there are two versions. The images are the same, but they come with different voice overs.

The one attached below, features the voice of Kevin Costner as Jonathan Kent, the other Russell Crowe, who plays Jor-El, Superman’s biological father from Krypton.

The voice overs are as follows:
Jonathan Kent (Coster): You’re not just anyone. One day, you’re going to have to make a choice. You have to decide what kind of man you want to grow up to be. Whoever that man is, good character or bad, is going to change the world.

Jor-El (Crowe): You will give the people an ideal to strive towards. They will race behind you, they will stumble, they will fall. But in time, they will join you in the sun. In time, you will help them accomplish wonders. 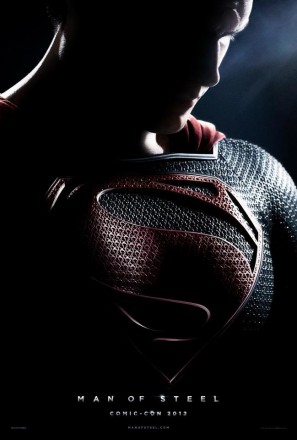