Check out the new trailer for the film from the producers of The Wedding Crashers.

I’ve enjoyed Dax Shepard on Parenthood, but I’ve never really gotten into any of his other work. This might be the first movie of his that I’ve had solid interest in seeing. Shepard wrote and co-directed (with David Palmer) Hit & run, the story of former bank robber in Witness Protection. Co-starring as his gf/fiance is his real life fiance’ Kristen Bell (Lucky Bastard). Bradley Cooper plays the dredlock wearing leader of the bad guys and is backed up by one of his henchmen played by Michael Rosenbaum. Rounding out the cast is Tom Arnold who is playing a hapless US Marshal.

Official Synopsis:
Hit and Run is the story of Charlie Bronson (Shepard), a former getaway driver who busts out of the Witness Protection Program to drive his girlfriend (Kristen Bell) to Los Angeles so she can land her dream job. Their road trip grows awkwardly complicated, when they are chased by the feds (led by Tom Arnold), and increasingly dangerous, when Charlie’s former gang of criminals (led by Bradley Cooper) enter the fray. 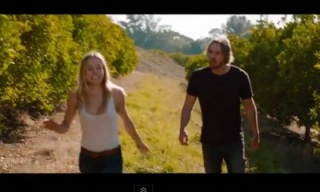