‘Flintstones’ Reboot to Focus On Bam Bam and Pebbles

Yabba-Dabba Dinosaurs takes you beyond Bedrock to The Crags, a vast land that is as dangerous and wild as the dinosaurs that inhabit it.

If you’ve been wondering why we haven’t seen any new Flintstones cartoons in a while, you can stop. Boomerang has announced that they’ll be bringing the popular primetime cartoon back as a kid’s show on their streaming service with a twist. Instead of focusing on the adventures of Fred, Barney Wilma and Betty, the new show will be all about the adventures of their children, Bam Bam and Pebbles. In the new show, “Yabba Dabba Dinosaurs”, will be an adventure-based cartoon that takes the kids to the land of The Crags, where they’ll have to deal with all the prehistoric creatures that haven’t been subjugated into domestic slavery as everything from construction equipment to can openers. 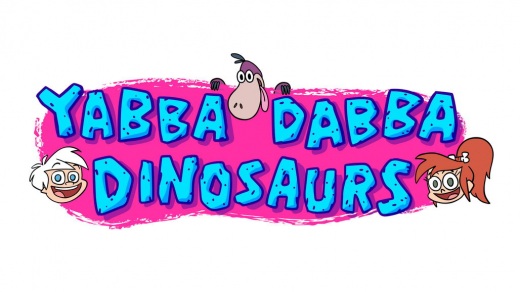 Yabba-Dabba-Doo! Pebbles and Bamm-Bamm are back in this quarter-hour animated comedy series, Yabba-Dabba Dinosaurs! Warner Bros. Animation takes you beyond Bedrock to The Crags, a vast land that is as dangerous and wild as the dinosaurs that inhabit it.

Pebbles Flintstone and Bamm-Bamm Rubble are two best friends, growing up in the prehistoric time when dinosaurs and giant beasts still walked the earth. But as exciting as that sounds, they live in peaceful, quiet old Bedrock, a modern domestic civilization similar to our own (but with stone cars that run on leg-power). That’s why whenever they get the chance, Pebbles, Bamm-Bamm and Dino head to the open wilderness, helping new friends, fighting new enemies and learning about life through their endless crazy adventures. Back in Bedrock, Fred, Wilma, Barney and Betty still enjoy all the familiar quirks and trappings of life as a modern Stone Age family not knowing all the trouble (and fun!) their kids are getting themselves into.

Before you start griping about this is #notmyflitnstones, consider this. You are right and that is perfectly fine. The Flintstones ran for hundreds of episodes across several decades and it has been rebooted several times. Hell, they ever crossed over with the Jetsons at one point. You can’t argue that this is anywhere as strange as casting Rosie O’Donnell to play the live action version of Betty Rubble.