What we won’t see in the series is Batman, as this covers the early years of Gordon’s career, before the bat.

The big news for current TV watchers last night was definitely the premier of Marvel’s Agents Of SHIELD, the big news on the horizon is FOX’s new announcement that they will be partnering up with DC comics and bringing Batman’s Commissioner Gordon to the small screen in a new TV series called “Gotham.”

The reports are that Mentalist creator Bruno Heller, is the showrunner and that the series will explore the origin stories of Commissioner James Gordon and the villains who made Gotham City famous.

What we won’t see in the series is Batman, as this covers the early years of Gordon’s career, before the bat.

As to which classic Batman villains we’ll be seeing, there’s been no news yet, but we can bet that baddies like Killer Croc, Scarface, Poison Ivy, and The Riddler will probably be on the docket.

Unfortunately, there’s no news yet on who will be playing Gordon, but we’ll let you know as soon as it’s announced. 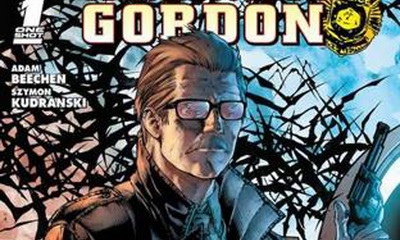