‘Fraggle Rock’ Movie To Be Written By Rango Team

Does this mean that the Fraggle Rock film is finally back on track?

This story is a little bit bittersweet for us. For a long time now, the Fraggle Rock film had been written and was going to be directed by Cory Edwards, the brain behind the film “Hoodwinked” (and NOT to be blamed for the sequel), and a good friend of YouBentMyWookie. However, as the project changed hands, so did the team behind it. Now at New Regency, the film has now been attached to Jim Byrkit and Alex Manugian to script the big screen adaptation. The good news is that they are the team that scripted Rango, so there’s a solid chance that we are still in for a great film.

We had a chance to talk to Cory this morning and here’s what he had to say:

“As for me directing “Fraggle Rock,” there’s a pretty firm nail in that coffin, I’m afraid. To say I’m bummed about that would be an understatement. I had some wonderful plans for the movie. But my deal and extensive development with the previous Fraggle landlords (Weinstein Co.) keeps me from mingling with the “new blood” over at New Regency. That studio wants a clean break and a new approach, so I wish them the best with it.

The bright side is that I’m talking with the Henson Company about new projects to do together, and hopefully I’ll be able to announce something soon.”

As it turns out, Cory is going to be announcing a brand new project later this afternoon, so check back for the details. 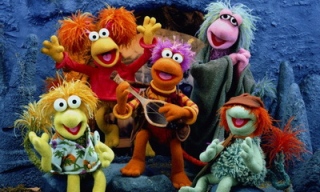