GUARDIANS OF THE GALAXY Bad Guys – Pretty Much Confirmed

Not sure if spoiler… You be the judge!

You can bet your butt that confirmation of this will probably be coming your way via the Hall H Panel for Marvel at SDCC 2013, but we wanted to give you the news now. We’ve had some rumor reports that we’ve posted over the last few months, but Den Of Geek is now confirming the bad guys for Marvel’s Guardians of the Galaxy as well as who will be playing them.

First up,
Benicio Del Toro. He will be playing the role of the Collector.
The Collector is one of the oldest characters in Marvel’s universe, given that he dates back billions of years, protecting the universe in the way he sees fit. He can see, to an extent, the future, and it was he that foresaw Thanos, whose role in the Marvel cinematic universe has already been introduced, and is expected to be heavily expanded.

Next,
Lee Pace is set to play Ronan The Accuser.
Ronan The Accuser, meanwhile, first popped up in Fantastic Four comics, and he’s a member of the Kree, an alien race. He’s got a fair number of superhuman powers, and while originally a villain, he has shown a more heroic side, too. For the purposes of the movie, we’d imagine you don’t want to get on the wrong side of him, though.

Last but not least,
Karen Gillan Will Be playing Nebula.
Nebula, is a villain and space pirate, who claimed to be the granddaughter of Thanos. 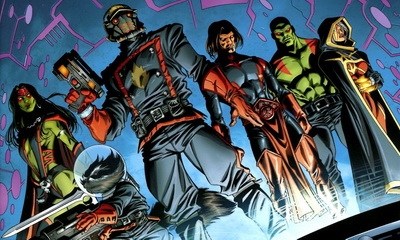