The episode, which was title, “No sugar, sugar,” features one of the shows main characters (Oliver) dealing with diabetes. 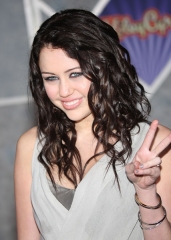 According to new news from E!Online, The series premier of Hannah Montana has been pulled because the plot is both insensitive and unrealistic.

The episode, which was title, “No sugar, sugar,” features one of the shows main characters (Oliver) dealing with diabetes. Disney admits that it had to scrap the episode after “after some initial concerns as to how the disease was portrayed.”

“Notwithstanding the measures we took, and based on the episode’s preview and early feedback from parents, we removed the episode from Sunday’s schedule and are now reevaluating it,” a Disney rep said.

“We will await the results of the episode review by a variety of experts and then will make a determination on the episode’s future. Most importantly, we listened to those who expressed their concerns and consulted with the creative team (programmers and producers).”

Instead of the diabetes episode fans were treated to “He Ain’t a Hottie, He’s My Brother” as the season premier.