The basis for this is a source who has recently proved to be correct about the news that Composer Carter Burwell was also let go.

Latino Review is reporting speculation that Director Alan Taylor has been kicked off of Marvel’s Thor 2: The Dark World. The basis for this is a source who has recently proved to be correct about the news that Composer Carter Burwell was also let go. Latino Review got the news of Burwell’s departure two days before it hit popular trade site, Deadline Hollywood.

Now, the same source has tweeted to LR that:

It also appears so is the director who seems to have been asked to take a long vacation until AFTER the film opens.

No one seems to be able to get any confirmation of this, so far, but based on the sources track record, there’s a solid chance that it is the truth.

Either that, or Carter Burwell is bitter about being let go and has set up a fake Twitter account to troll the fan media… Which we really don’t think is the case. 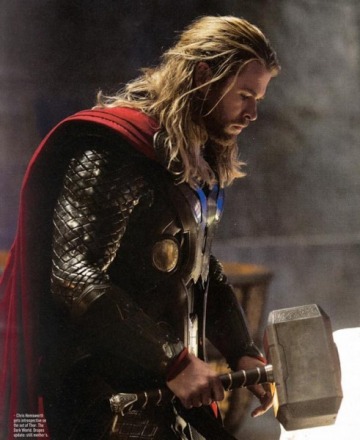 Thor: The Dark World is set for a November 8th release.