The series will focus on Kiedis’ relationship with his father, Spider, who sold drugs and mingled with rock stars on the Sunset Strip 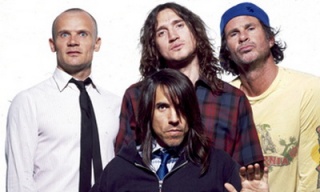 Variety is reporting that Red Hot Chili Peppers frontman Anthony Kiedis is developing a series for HBO based on his unconventional, rock ‘n’ roll childhood. The show is tentatively being called “Scar Tissue”, not to be confused with the Showtime show, “Californication” which borrowed its title from the same album.

The series will focus on Kiedis’ relationship with his father, Spider, who sold drugs and mingled with rock stars on the Sunset Strip, all while aspiring to get into showbiz.

The show will begin with young Kiedis moving from Grand Rapids, Mich., to West Hollywood to live with his dad. But Kiedis’ father, having been raised in a tyrannical household, decided to go to the other extreme.

“He introduced me to the arts, to a more culturally magnificent life,” Kiedis told Daily Variety. “But some of it was this heavy, adult matter that I wasn’t quite capable of digesting. … It was a very rich but kind of challenging period of my life. I was thrust into this adult mentality by age 11.”