You would have thought that just about everything zombie that could have been done… has been. Now it looks like horror Icon Clive Barker will be putting his stamp on trend as well.

You would have thought that just about everything zombie that could have been done… has been. Now it looks like horror Icon Clive Barker will be putting his stamp on trend as well. Today it has been announced that he’ll be re-writing “Zombies vs. Gladiators” for Amazon Studios. 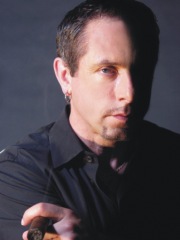 SEATTLE—June 5, 2012—(NASDAQ: AMZN)—Amazon.com, Inc. today announced that Hellraiser creator and prolific horror and fantasy writer Clive Barker will rewrite the action horror project, Zombies vs. Gladiators, for Amazon Studios. Based in ancient Rome, the Zombies vs. Gladiators story opens as a shaman who is about to die in the Coliseum casts a spell that unleashes the world’s first zombies. It’s up to a gladiator to stop the spread of the zombie horde and save Rome. From the moment it debuted at Amazon Studios, Zombies vs. Gladiators has been one of the most creatively engaging scripts, spurring tremendous interest within the community and movie fans alike, indicating it’s mainstream and commercial viability for the studio. As a result of this overwhelming and popular support, Amazon is moving forward to develop the project with Clive Barker at the helm.

“Zombies vs. Gladiators is now in the hands of someone who has written genre-defining material throughout his career,” said Roy Price, director, Amazon Studios. “We are excited to see how Clive will add his unique narrative to capture the essence of this story and propel the project into something unique and original that could one day be enjoyed by all audiences.”

Said Barker, “I’m excited by the opportunity to interweave two very rich narrative threads. One of them concerns itself with the reality of the decadence of Rome and its rise and fall. The other is a fantastical narrative element – the living dead. My brief to myself on this project is to give the audience not only zombies they have never seen before but also a Rome they have never seen before.”

Barker added, “Amazon Studios offered up the dream ticket with this project. In twenty five years of working in this town, I’ve rarely had people listen to what I had to say as closely and as carefully as they did and then simply give me the freedom to go do it. Amazon Studios is an innovative creative concept. I am looking forward to providing my own perspective to make Zombies Vs. Gladiators a highly commercial and entertaining movie.”

A visionary, fantasist, poet and painter, Clive Barker has expanded the reaches of human imagination as a novelist, director, screenwriter and dramatist. An inveterate seeker who traverses between myriad styles with ease, Barker has left his indelible artistic mark on a range of projects that reflect his creative grasp of contemporary media — from familiar literary terrain to the progressive vision of his Seraphim production company.

His 1998 “Gods and Monsters,” which he executive produced, garnered three Academy Award nominations and an Oscar for Best Adapted Screenplay. The following year, Barker joined the ranks of such illustrious authors as Gabriel Garcia Marquez, Annie Dillard and Aldous Huxley when his collection of literary works was inducted into the Perennial line at HarperCollins, who then published The Essential Clive Barker, a 700-page anthology with an introduction by Armistead Maupin.

Barker began his odyssey in the London theatre, scripting original plays for his group The Dog Company, including “The History of the Devil,” “Frankenstein in Love” and “Crazyface.” Soon, Barker began publishing his The Books of Blood short fiction collections; but it was his debut novel, The Damnation Game that widened his already growing international audience.

Barker shifted gears in 1987 when he directed “Hellraiser,” based on his novella The Hellbound Heart, which became a veritable cult classic spawning a slew of sequels, several lines of comic books, and an array of merchandising. In 1990, he adapted and directed “Nightbreed” from his short story Cabal. Two years later, Barker executive produced the housing-project story “Candyman,” as well as the 1995 sequel, “Candyman 2: Farewell to the Flesh.” Also that year, he directed Scott Bakula and Famke Janssen in the noir-esque detective tale, “Lord of Illusions.”

Barker’s literary works include such best-selling fantasies as Weaveworld, Imajica, and Everville, the children’s novel The Thief of Always, Sacrament, Galilee and Coldheart Canyon. The first of his quartet of children’s books, Abarat, was published in October 2002 to resounding critical acclaim, followed by Abarat II: Days of Magic, Nights of War and Arabat III: Absolute Midnight; Barker is currently completing the fourth in the series. As an artist, Barker frequently turns to the canvas to fuel his imagination with hugely successful exhibitions across America. His neo-expressionist paintings have been showcased in two large format books, Clive Barker, Illustrator, volumes I & II.

Amazon Studios is Amazon’s content development division that uses audience feedback to develop great, original entertainment customers will love. Since its launch in November 2010, more than 9,000 movie scripts and 1,000 series pilot scripts have been submitted to the Amazon Studios site. Currently, 16 film projects are in development.

About Amazon.com
Amazon.com, Inc. (NASDAQ: AMZN), a Fortune 500 company based in Seattle, opened on the World Wide Web in July 1995 and today offers Earth’s Biggest Selection. Amazon.com, Inc. seeks to be Earth’s most customer-centric company, where customers can find and discover anything they might want to buy online, and endeavors to offer its customers the lowest possible prices. Amazon.com and other sellers offer millions of unique new, refurbished and used items in categories such as Books; Movies, Music & Games; Digital Downloads; Electronics & Computers; Home & Garden; Toys, Kids & Baby; Grocery; Apparel, Shoes & Jewelry; Health & Beauty; Sports & Outdoors; and Tools, Auto & Industrial. Amazon Web Services provides Amazon’s developer customers with access to in-the-cloud infrastructure services based on Amazon’s own back-end technology platform, which developers can use to enable virtually any type of business. The new latest generation Kindle is the lightest, most compact Kindle ever and features the same 6-inch, most advanced electronic ink display that reads like real paper even in bright sunlight. Kindle Touch is a new addition to the Kindle family with an easy-to-use touch screen that makes it easier than ever to turn pages, search, shop, and take notes – still with all the benefits of the most advanced electronic ink display. Kindle Touch 3G is the top of the line e-reader and offers the same new design and features of Kindle Touch, with the unparalleled added convenience of free 3G. Kindle Fire is the Kindle for movies, TV shows, music, books, magazines, apps, games and web browsing with all the content, free storage in the Amazon Cloud, Whispersync, Amazon Silk (Amazon’s new revolutionary cloud-accelerated web browser), vibrant color touch screen, and powerful dual-core processor.

Forward-Looking StatementsThis announcement contains forward-looking statements within the meaning of Section 27A of the Securities Act of 1933 and Section 21E of the Securities Exchange Act of 1934. Actual results may differ significantly from management’s expectations. These forward-looking statements involve risks and uncertainties that include, among others, risks related to competition, management of growth, new products, services and technologies, potential fluctuations in operating results, international expansion, outcomes of legal proceedings and claims, fulfillment center optimization, seasonality, commercial agreements, acquisitions and strategic transactions, foreign exchange rates, system interruption, inventory, government regulation and taxation, payments and fraud. More information about factors that potentially could affect Amazon.com’s financial results is included in Amazon.com’s filings with the Securities and Exchange Commission, including its most recent Annual Report on Form 10-K and subsequent filings.