Last night’s trailer release for Star Wars: The Force Awakens not only forced millions of fans to watch football, but it also made them all that much more excited for the upcoming seventh chapter in the franchise saga. Today, we are getting some hi res shots of the trailer, along with a look at the Imax poster fans will get when they check out the movie in IMAX 3D Every Sunday from 12/20-1/10. 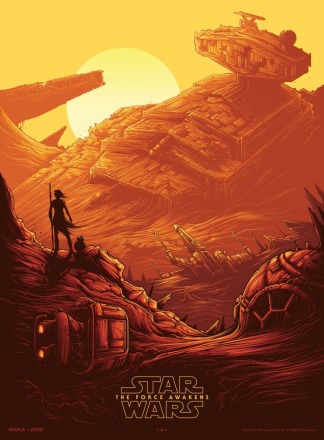