A new international French poster for Marvel Studios’ upcoming superhero epic “Thor” has been released. It’s probably one of the better “Thor” posters released by Marvel and Paramount currently, but we’re expecting many more to come out from now until its debut in May. 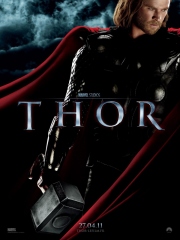