Is This The New Face Of Godzilla In The New US Reboot?

Could this be a possible design for Legendary Pictures’ upcoming US Godzilla reboot coming in 2012?

Twitchfilm has stumbled across some images of what is believed to be a possible design for Legendary Pictures’ upcoming US Godzilla reboot coming in 2012. Last March Legendary Pictures struck a deal with Toho for the rights to create a new film with Warner Bros. co-financing and co-producing the picture.

great detail :) I was told by a good friend in the movie biz. that this was one of the design’s they were considering for the new 3D Godzila….! if you have new info on this movie, i would like to post it . thanks :)

The question still remains whether this is a design that will be used in production. From the looks of it, it’s almost too professional looking to be fan made. And while I’m a Godzilla purest, meaning I prefer the original man in a rubber suit design, this new design is looking quite fierce and could breathe some life into a franchise that’s been radioactive since 1998. 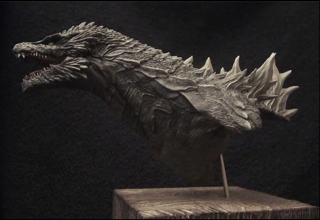 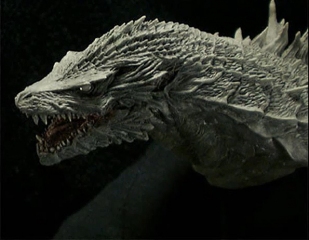