Every time a bell rings, a studio exec gets a very bad idea.

Every time a bell rings, a studio exec gets a very bad idea. Variety is reporting that Hummingbird Productions is working on a sequel to the classic holiday film, It’s a Wonderful Life starring Jimmy Stewart and Donna Reed, and directed by Frank Capra.

The current title of the film is “It’s A Wonderful Life: The Rest of the Story.” I’m not sure why this is a movie that needs to be made. Hell, maybe I’m wrong and it will be awesome. I just can’t imagine that to be the case.

Luckily for the studio, there are actually a couple of cast members who are still alive from the 1946 film. In face, Karolyn Grimes, who played George Bailey’s daughter “Zuzu” in the original, will be back to play the role of the angel in this chapter of the story. She’ll be tasked with showing the grandson of the original film’s George Bailey (who also happens to be named George Bailey) how much better off the world would be if he had never been born… Wait, that’s kinda messed up. Nope, not a typo, that is what Variety is reporting.

Other surviving cast members Jimmy Hawkins, who portrayed Tommy Bailey, and Carol Coombs,who played Janie Bailey, are also in talks to come back for the sequel.

If there’s saving grace here, it is Hummingbird’s partner on the film, Star Partners. They have funded seven films going back to the 1980’s, among which include: “The Right Stuff,” “The Killing Fields,” “The Color Purple,” “The Mission,” “Moonstruck,” and “Rain Man.” 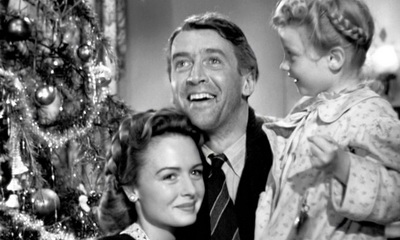