THR reports that Studio Eight has optioned the film rights to the Fantagraphics comic and has recruited screenwriter D.C. Walker of Up Country Productions to adapt the film.

The story follows the “adventures of a hitman who encounters complications after traveling back in time to 1938 to assassinate Hitler.”

Jason’s art is often compared to Herge, but it is unknown whether the film will be done with performance capture like “The Adventures of Tintin” or if it’d even retain its trademark anthropomorphic animal characters.

As a HUGE Jason fan and having read all of his works, I was both surprised and not by this news. I cannot wait to see what Studio Eight will do with this fantastic original story, and I hope that this is just a beginning and that more of his stories get adapted. 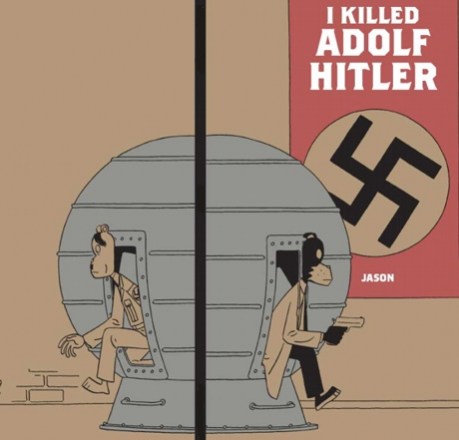