“I think I might give away my firstborn to have an opportunity to play Harley Quinn.”

Katee Sackoff is great. She is a big part of what made Ronald Moore’s Battlestar Galactica a classic, and she’s been absolutely phenomenal in her role on Longmire. While she’s already got enough geek cred to live the rest of her life comfortably on convention appearances, she’s nowhere near done. Coming off a successful role in Riddick, she wants more. Namely, she wants to be in the new Star Wars films and she wants to play Harley Quinn for DC/ Warner Bros in an upcoming Batman movie.

Check out what she told Total Film in a recent interview.

First, on Harley Quinn, her statement was pretty simple and very clear:
“I think I might give away my firstborn to have an opportunity to play Harley Quinn.”

On Star Wars:
“Star Wars meant everything to me growing up. Star Wars was, I mean, it was the first time I remember seeing three movies that all kind of went together. It was just an amazing final understanding of what a trilogy was…I was absolutely obsessed, I mean I wanted to be… The sad thing is, I never wanted to be Princess Leia, I always wanted to be Han Solo! [laughs] I’ve never really been drawn to these female roles, but I think that The Clone Wars was so much fun for me to play, I mean a warrior….If J.J. would listen, I would play a rock in the Star Wars movies. I think that they’re fantastic, I think that he’s a great choice, and I’m excited to see what happens in that world.” 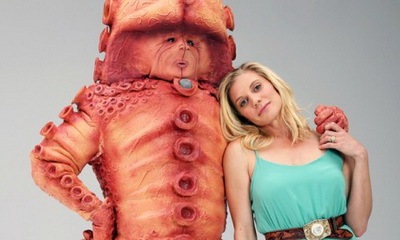