I can’t wait to see how this looks in live action.

Marvel movie lord, Kevin Feige spent some time talking to Entertainment Weekly about Marvel Phase two. A big part of that is Captain America: The Winter Soldier. Here’s what he had to say:

“We weren’t going back to World War II. Cap cannot travel in time. So while Tony can go home to Malibu and Thor goes up to Asgard and Hulk can sort of ride the rails, Cap was stuck. So Cap does stay with S.H.I.E.L.D. because he has nowhere else to go. But he’s not necessarily comfortable there. As you might imagine, somebody who’s spent 70 years in ice, frozen, wakes up and has to fight a bunch of aliens with a bunch of weirdos—he is trying to figure out what his life is. And just as he’s given permission to let go of the past and to focus on the modern world, a ghost comes up. With the Greatest Generation in World World II, there’s a tendency to reflect on that period and say, ‘Things were black and white back then, and now it’s hard to know who the bad guys are.’ ‘We wanted to play on that a little with Cap being uncomfortable with the way S.H.I.E.L.D., and in particular Nick Fury, operates. Fury certainly rides a line, sort of rides the shadows. He has, I think, lied to every character in every movie, though always for seemingly for the good.”

He also released this new, great looking concept art of The Winter Soldier. 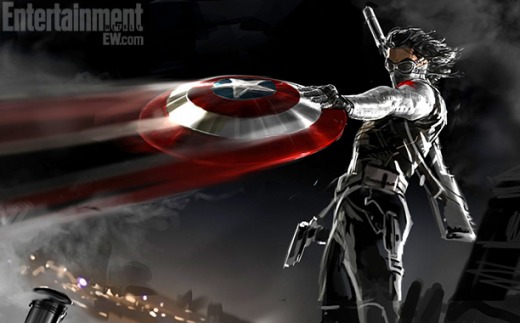 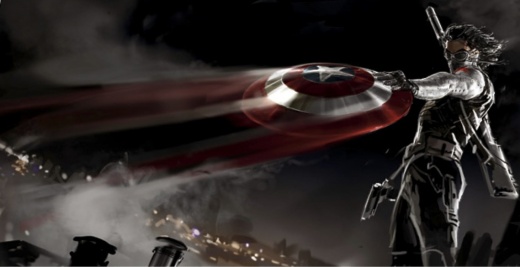