Aaron Johnson who played the uber nerd-hero in Marvel’s “Kick-Ass” is another name recently added to Marc Webb’s Spider-Man reboot. 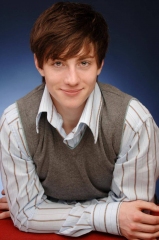 Aaron Johnson who played the uber nerd-hero in Marvel’s “Kick-Ass” is another name recently added to Marc Webb’s Spider-Man reboot.

According to LA Times, Johnson has spent month as the subject of relentless online speculation regarding his suitability for the park of a young Peter Parker. This is no surprised considering in his role as Kick-Ass, he played a seemingly ordinary teen who transforms himself into a superhero, much in the way of Parker’s transformation into Spider-Man.

While Johnson would make a decent Parker in my opinion. Another actor to make his way to the shortlist is Anton Yelchin (Star Trek, Terminator Salvation).

Both of these actors are more prominent than the actors previously rumored. Those actors include: “Billy Elliot” star Jamie Bell, “Harry Potter” actor Frank Dillane, “The Kids Are All Right” costar Josh Hutcherson and up-and-comers Alden Ehrenreich and Andrew Garfield.

At this point it’s far too soon to know who’s right for the role. If I were a betting man, I’d bet it all on Aaron Johnson. Marvel seems to have a thing about rehiring actors to reprise different superhero (see Chris Evans as The Human Torch and now Captain America…). Expect screen testing to begin shortly. We’ll have more as it develops.