It would be great to see Morgan and his son come back in the new season of The Walking Dead.

In the very first episode of season one of The Walking Dead, Rick Grimes met a man named Morgan and his son Duane. TV watchers were left to wonder about their fate as Rick was never able to make contact with them again vie walkie-talkie as they had planned. Now it looks like viewers might get some answers as it is now being reported that Lennie James, the actor who played Morgan, is in talks for a return to the show.

A big part of the decision will come down to timing… which has been a problem thus far.

Here’s what he told Digital Spy about the possibility:
“It remains a possibility I could return. The character I played is away for a long time, so it’s kind of up to them whether I stay away or if I come back. There have been a few back and forth conversations and they check up on me every now and then. I had a fantastic time working on the pilot with Andy Lincoln and especially Frank Darabont. He’s somebody that I’d directorially always wanted to work with and I’m glad I got the opportunity.”

“Shooting the Walking Dead pilot was like making a movie. For a large part of it there was just me, Andy and Adrian, who played my son. We got Frank all to ourselves, which was fantastic.”

“There’s a possibility I might go back. It just depends on timing-wise if I’m free. At least one of the times they contacted me about it, I was busy doing something else, which I think was actually Line of Duty.”

Line of Duty premiers on Tuesday, June 26 at 9pm on BBC One. 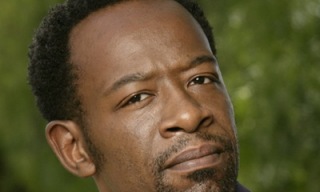