Celebrating the 30th Anniversary of The Empire Strikes Back, Massive Fan Event will Take Place in Orlando, Florida August 12-15, 2010! 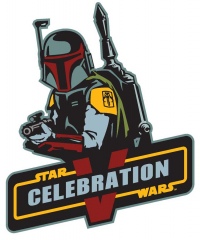 “We’re going to have a blast commemorating the 30th anniversary of fan-favorite The Empire Strikes Back as we welcome an entire new generation of fans watching our animated series Star Wars: The Clone Wars,” said Steve Sansweet, Lucasfilm’s head of Fan Relations. “There’s no doubt that Star Wars Celebration V in Orlando will be the ‘must attend’ event for Star Wars fans of all ages and from all parts of the galaxy,” he added. “We’re also very excited to launch our partnership with Reed PopGroup, which has shown great expertise in running large, fun-filled events that satisfy fans, show participants, and exhibitors. We’re expecting the biggest and best Celebration to date.”

“This is an enormously exciting undertaking and a natural partnership,” said Lance Fensterman, Vice President of Reed PopGroup. “Star Wars is arguably the strongest brand in the pop culture world, while Reed PopGroup has established itself as a leader in creating amazing experiences for fans and customers. Additionally, Reed Exhibitions has a strong international presence and is able to create world-class events globally,” he added “We look forward to providing first-rate organizational and programming expertise for a fan-based event that is well established and already attracts an enormous audience. In tandem with Lucasfilm, I’m certain that Star Wars Celebration V will be bigger and better than ever. We look forward to many years of working with Lucasfilm.”

Star Wars Celebration is the official Lucasfilm convention celebrating all things Star Wars. The Celebrations are the biggest Star Wars events held, allowing friends and families to gather to have fun and celebrate their love of the Saga. From fans who first experienced A New Hope in theaters to kids just discovering Star Wars through Star Wars: The Clone Wars, Celebration touches on anything and everything connected with that galaxy far, far away. The producers promise more interactive events than ever at Celebration V. Celebrity guests will sign in the Star Wars Celebration Autograph area as well as make presentations. The annual Star Wars Fan Movie Challenge prizes will be awarded and there will be a chance for budding filmmakers to get tips from more experienced ones. Star Wars Celebration V will feature scores of crowd-pleasing events that can be found only at an official Star Wars convention.

Limited VIP Packages are expected to be available in early 2010, with details to be announced on the website. Single or Four-Day Passes already purchased can be upgraded to VIP status as long as supplies last!

Special hotel rates and other travel information will be announced on the website.
Information for Exhibitors and Celebration Art Show participation atStar Wars Celebration V will start to take shape in early 2010. For information about a sponsorship or exhibiting at Celebration V please contact Larry Settembrini, Sales Manager, lsettembrini@reedexpo.com, 203-840-5321.

For the latest news on show exclusives and special announcements on featured guests and events, subscribe to the Star Wars Celebration Newsletter at www.starwarscelebration.com. Also follow the news about Celebration V at the Official Star Wars site, www.starwars.com. For general information and the latest news about the Reed Exhibitions’ PopGroup, please follow the group’s official blog, www.mediumatlarge.net.

The Pop Culture Group at Reed Exhibitions owns and operates the New York Comic Con (NYCC), the Chicago Comic and Entertainment Expo (C2E2), and the New York Anime Festival (NYAF). New York Comic Con was launched in 2006 and quickly became a dominant presence in the pop culture world of public events. In 2009, 452 companies exhibited at NYCC for a total of 84,000 square feet of paid exhibit space, and it has been ranked by Crain’s New York Business as the second-largest annual event in NYC. C2E2, which will debut April 16 – 18 at Chicago’s McCormick Place Convention Center, is modeled after NYCC and will provide fans the opportunity to meet and greet their favorite writers, creators, and artists, as well as to see, hear and learn about the latest and greatest in comics, graphic novels, anime, manga, video games, toys, movies, and television. The Pop Culture Group also operates the recently-launched UFC Fan Expo in partnership with the UFC – the world’s leading professional mixed martial arts organization – and it formed a strategic partnership with Penny Arcade Expo (PAX) in 2008 and will work closely with PAX on the launch of PAX East in Boston in 2010.