Honestly, despite the Q casting, nothing good can possibly come from a movie adaptation of a 2D fighting game made in the 1990s. 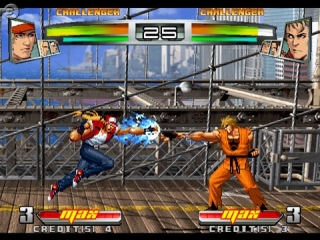 The beautiful Maggie Q (Live Free or Die Hard, Three Kingdoms: Resurrection of the Dragon) has just jumped on board King Of Fighters, a sure to be horrible movie adaptation of a popular 2D Fighting game by SNK/Playmore.

As many of you know, video game adapted movies have never been good (See Silent Hill, see upcoming Street Fighter: The Legend of Chun Li). But maybe there’s hope here as the project will be directed by more than capable Hong Kong director Gordon Chan, (Fist Of Legend, The Medallion), featuring a cast comprised of Will Yun Lee, Sean Faris and Ray Park.

King Of Fighters is set to wrap in January with a late 2009 release.