The new series which was originally teased for a 2011 premiere, but has now been moved to 2012 to align with Sony’s “The Amazing Spider-Man” release, features a wealth of talent unseen in an animated series for kids. The series will function similarly to tradition network TV show, with a collaborative writing team, rather than traditional animated series which are written individually.

Anyway, check out the new promo art below which gives us a good look at Spidey. Although we’re still unsure whether it’ll take after the art of Bagley, we’ll wager it’s a nice mix based on this image. 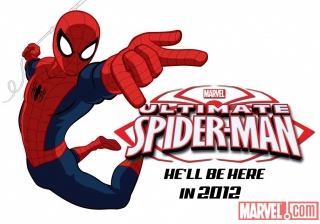