NBC Renews HANNIBAL and About A Boy

Hannibal Lecter will live to kill another day because the show’s been renewed for a third season.

Fans have been very worried that NBC was going to close the kitchen on Hannibal at the end of the season, but word is now out, via TV Line that Hannibal Lecter will live to kill another day because the show’s been renewed for a third season.

Hannibal has grown to be one of my favorite shows of the season, and it feels like there is a lot more story to tell in this new adaptation of Thomas Harris’ Silence of The Lambs novels. Much like Kirkman has taken his survivors down a new path in the TV adaptation of The Walking Dead, Bryan Fuller has created a whole new reality for both Lecter and the agents trying to hunt him down.

Along with the news of Hannibal’s renewal, we also now know that About a Boy, the surprisingly decent comedy starring Minnie Driver and based off the book by the same name has also been renewed for a second season. 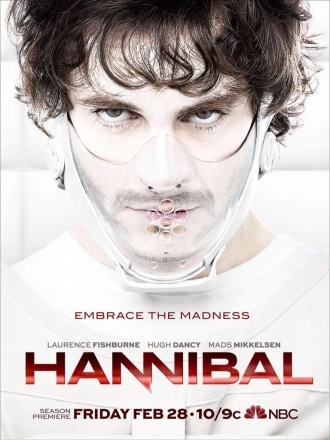