The series showrunner has responded to fan concerns that the new show might water down the source material.

The Witcher series is not only beloved as a series of video games, but also for the books on which the games were made. As Netflix continues to work on bringing the property to their streaming network, a lot of fans are concerned, because a lot of adaptations tend to suck. While Adi Shankar’s Castlevania adaptation on the network has garnered huge kudos, the Deathnote adaptation stands out as one of the worst of the worst.

Lauren S. Hissrich has been tasked with the job of Showrunner on The Witcher, and she’s currently working on a show bible that will guide the and of everyone involved in the production. In previous tweets (that have since been deleted), she’s even gone as far as to mention famous locations from the books, including: Creyden, Riverdell, Vengerberg, Cintra, Blaviken, Kaer Morhen, Ban Ar and Sodden Hill.

One fan tweeted out her concerns about the series, and she seems to have gotten Hissrich’s attention.
Here’s what the fan tweeted out:
“While this is true I hope they don’t water down the harsh environment that were medieval times. The world of the Witcher is not a nice fantasy world where everyone is happy. Geralt as a voice of reason is fine, the world being a believable version of medieval Poland is important”.

Her response was a simple one, but it has made a lot of fans reason to breathe a little easier:
There will be no watering down. I give you my word.

Then, she posted this image with the tagline: #wellread 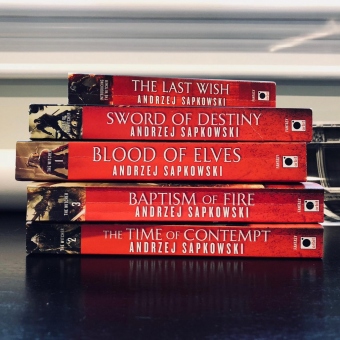