Check out the first poster that features the entire undusted team, including Brie Larson’s Captain Marvel

In the last hour, we were treated to a surprise trailer for Avengers: Endgame that included a ton of new footage. Now, we are getting the newest poster for the film and it brings the complete cast of known, non-dusted together for the first time. It also marks the first time Captain Marvel’s Allison Brie is appearing on a poster for the film. The actors featured on the new poster include Robert Downey Jr., Chris Evans, Mark Ruffalo, Chris Hemsworth, Scarlett Johansson, Jeremy Renner, Don Cheadle, Paul Rudd, Karen Gillan, Bradley Cooper, Brie Larson, and Josh Brolin. 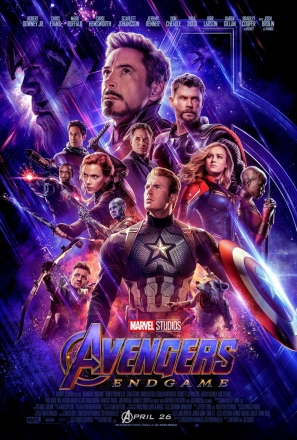 The grave course of events set in motion by Thanos that wiped out half the universe and fractured the Avengers ranks compels the remaining Avengers to take one final stand in Marvel Studios’ grand conclusion to twenty-two films, “Avengers: Endgame.”