Now, we just need to see the backpack with the wings extended!

Some great new photos popped up today from the set of Captain America: The Winter Soldier. First up, we’ve got some shots that show Chris Evans’ Steve Rogers and Scarlet Johannsen’s Black Widow might be getting very cozy with each other in the new film. Then, we’ve got what I think is the first pic of Anthony Mackie’s Falcon back-pack. Now, we just need to see the backpack with the wings extended! 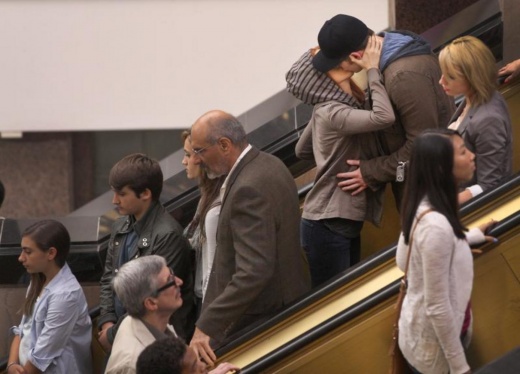 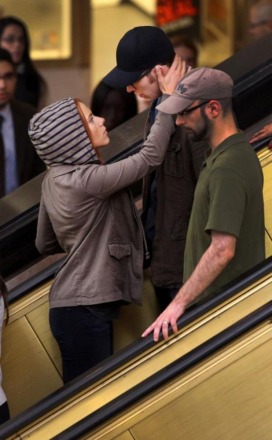 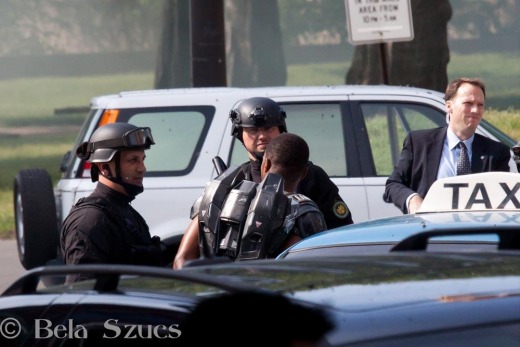 – Photos courtesy of @BelaSzucs And The Plains Dealer.

Official Synopsis:
“Captain America: The Winter Soldier” picks up where “Marvel’s The Avengers” left off, as Steve Rogers struggles to embrace his role in the modern world and teams up with Natasha Romanoff, aka Black Widow, to battle a powerful yet shadowy enemy in present-day Washington, D.C. Starring Chris Evans, Scarlett Johansson, Sebastian Stan, Anthony Mackie, Cobie Smulders, Frank Grillo, Georges St-Pierre, Hayley Atwell, Toby Jones, Emily VanCamp and Maximiliano Hernández with Samuel L. Jackson and Robert Redford, “Captain America: The Winter Soldier” is directed by the team of Anthony and Joe Russo from a screenplay written by Christopher Markus & Stephen McFeely and is based on the ever-popular Marvel comic book series, first published in 1941. Marvel Studios’ President Kevin Feige is producing the film. Executive producers on the project include Alan Fine, Louis D’Esposito, Victoria Alonso, Michael Grillo and Stan Lee. The creative production team on the film includes director of photography Trent Opaloch, production designer Peter Wenham, editors Jeffrey Ford, A.C.E. and Mary Jo Markey, A.C.E. and three time Oscar®-nominated costume designer Judianna Makovsky. “Captain America: The Winter Soldier” is set for release on April 4, 2014. In addition to “Captain America: The Winter Soldier,” Marvel Studios will release a slate of films based on other iconic Marvel characters including “Iron Man 3” on May 3, 2013; “Thor: The Dark World ” on November 8, 2013; “Guardians of the Galaxy” on August 1, 2014; “Marvel’s The Avengers” sequel on May 1, 2015; and “Ant-Man” on November 6, 2015!