New ‘Hellboy’ Poster Ahead Of This Week’s Trailer

How do you like the look of the new Hellboy compared to the Ron Perlman version?

As much as we’re all looking forward to David Harbour as the new Hellboy, he’s got a pretty big bar to jump when it comes to matching or at least giving us something as equally entertaining as Ron Perlman’s take on the character. We’ll get our first big official look at the new film this week when the trailer is released. It will be interesting to see how it compares to the previously leaked trailer that looked… well, it looked a lot sillier than anyone was expecting.

As we wait for the trailer to drop in the next couple of days, we are at least treated to this new poster for the film.

Based on the graphic novels by Mike Mignola, Hellboy, caught between the worlds of the supernatural and human, battles an ancient sorceress bent on revenge. 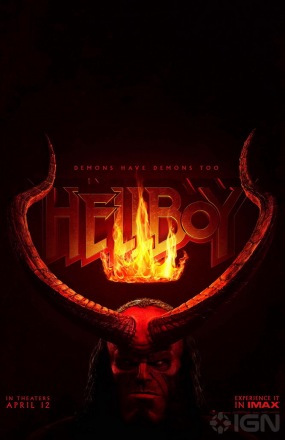