20 years after attempting an epic pub crawl, five childhood friends reunite when one of them becomes hellbent on trying the drinking marathon again.

Two new images have been released from the upcoming Edgar Wright film, The World’s End. As was already announced, this movie tells the tale of five childhood friends (played by Simon Pegg, Nick Frost, Eddie Marsan, Paddy Considine, and Martin Freeman) trying to complete the epic pub crawl that they failed to finish twenty years earlier.

This is also the final film in what has been called the “Blood & Ice Cream” Trilogy which includes Shaun of the Dead and Hot Fuzz.

Here’s what Pegg has to say about the film:
“It’s a much bigger proposition than the other two films, There are twelve pubs on the crawl. When you’ve seen the film, you’ll be able to relate each pub name to what happens inside.” 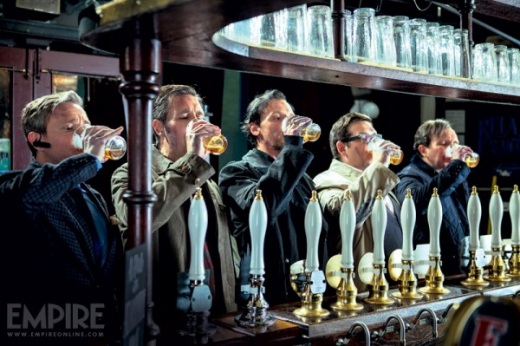 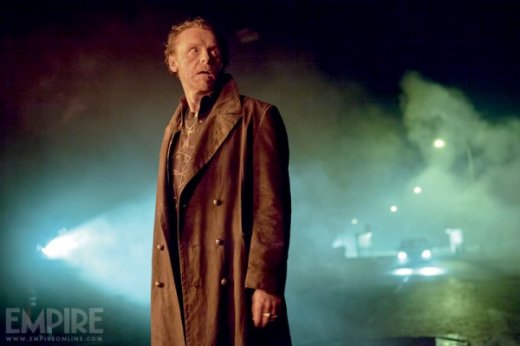 Official Synopsis:
20 years after attempting an epic pub crawl, five childhood friends reunite when one of them becomes hellbent on trying the drinking marathon again. They are convinced to stage an encore by mate Gary King, a 40-year old man trapped at the cigarette end of his teens, who drags his reluctant pals to their hometown and once again attempts to reach the fabled pub – The World’s End. As they attempt to reconcile the past and present, they realize the real struggle is for the future, not just theirs but humankind’s. Reaching The World’s End is the least of their worries.