New ‘John Wick 3’ Images and Details Double Down On Doggos

Get ready for some serious dog-based action!

EW has released some new photos and details about the upcoming John Wick 3. The biggest image of note features Keanu Reeves (Wick), walking through the desert with Halle Berry and her two dogs. Thanks to EW, we now know that Berry’s character has some deep history with Wick and that while his dog was a remembrance of his wife, her dogs are also there to honor the memory of a lost loved one. That said, it sounds like the dogs aren’t just there for snuggles. the magazine reports that there is a fairly significant action sequence set up around the dogs!

EW also had this to say about some of the new characters joining the film:
Other newcomers include Mark Dacascos and Asia Kate Dillon, who play characters associated with the criminal council known as the High Table. There’s also Hollywood legend Anjelica Huston as “someone who was responsible for [Wick’s] upbringing and his protection,” says Stahelski, who calls Chapter 3 “a little bit of an origin story.” The filmmaker thinks the movie’s death count will “land slightly north” of the previous film’s. 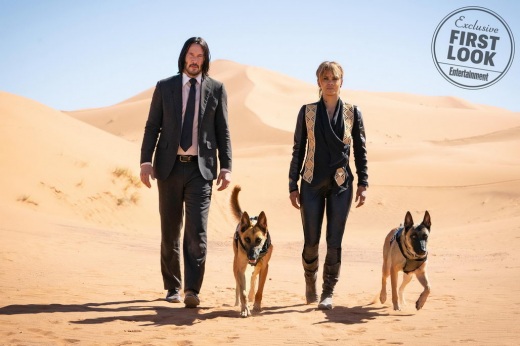 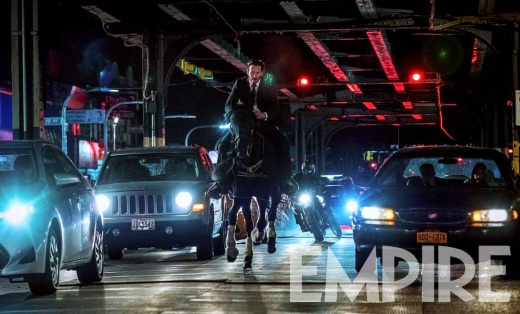 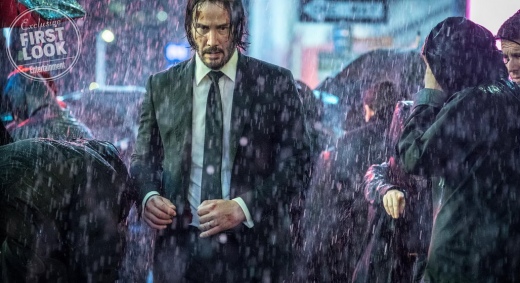