I guess we know what they did with all the money they saved at the thrift shop.

Macklemore & Ryan Lewis had the biggest music video to hit the net in the last year next to Gangnam Style. Thriftshop jumped from the net to the airwaves and is even the main music on the trailer for the new Mark Whalberg and Dwayne Johnson film, Pain and Gain. Now they are back with their new video and it has reached over one million hits in just 24 hours.

The video is filmed in a bunch of different locales and is really a site to behold. I guess we know what they did with all the money they saved at the thrift shop.

It seems like when a music video comes out, the title that receives all of the credit and travels with a film is that of the director. It’s as though the director is the “artist” or “creator” of the music video, when in reality a music video is first a written treatment, produced (putting together ingredients like actors and locations), shot and directed, cut on the editing board and finally color graded. The music might be fine tuned and scored specifically for that film. There are so many variables that are completely equal if not sometimes more complicated than directing, it’s a shame that so much credit comes down to whoever fulfills that position. A director wouldn’t have shit to direct without a producer. A producer would have nothing to produce without a writer, and so forth.

For our team, I think it’s even more complicated because roles tend to cross over. We simply don’t work within the conventional hierarchy of the film industry (director, producer, etc.) Sure, people have concrete pre-defined roles based on their expertise, but our team has the remarkable ability to wear multiple hats. Can’t Hold Us was a video that showcased this well.

After three months of shooting, finally getting to those last few frames where you reveal the credits, it’s a tense moment. There isn’t exactly a sensible way to do it, if we’re trying to fit people into classic film roles. It leads me to the point that although we do our best to give people titles, this was a video fully created by seven individuals at the forefront. Take any of those people out of the equation, you’d be watching a very different video. I write this in hopes that you don’t fall under the illusion that one person creates a music video, particularly at the Macklemore camp. We are constantly challenging and enhancing each others ideas and I take pride in believing that’s the reason we make great videos. – Ryan Lewis 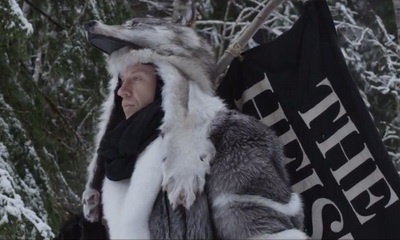