Keep an eye out tomorrow to see the next poster that gets released.

Yesterday, I said that we could probably expect to see a new poster for each of the Jaegers from Pacific Rim each day. Today, the second poster has come out and it features the menacing looking Cherno Alpha Jaeger from Russia. I can’t wait to see which one they release tomorrow. 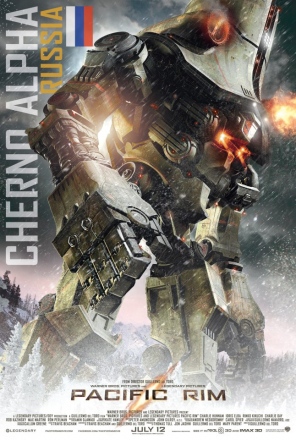