New Plot Details About ‘The Last Airbender: Legend Of Korra’

The details for the show has been kept under wraps, but new details have surfaced regarding its plot and initial episode count. 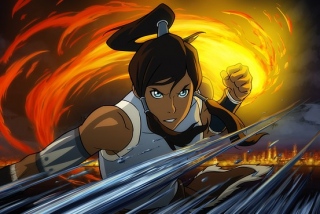 The Wall Street Journal recently had an interview with Michael DiMartino and Bryan Konietzko, the creators of “Avatar: the Last Airbender” who are getting set to release the next chapter in the animated saga, titled “The Last Airbender: Legend of Korra.” The details for the show has been kept under wraps, but new details have surfaced regarding its plot and initial episode count.

According to Cyma Zarghami, President of the Nickelodeon/MTVN Kids and Family Group, “Korra” is set 70 years into the future and “takes all the elements of bending from the first series and evolves it and takes it one step further.

12 episodes have been picked up by Nickelodeon and 14 have been ordered. The new series is said to be more self contained and will have shorter arcs similar to the Fox show “24,” where a specific villain or challenge is presented for a particular season.

“We’re really happy with that number. It allows us to focus much more closely on each episode and get a lot more craft into it,” says Konietzko.

At the moment, all 12 episodes have been written and are currently shipped overseas to be animated. Likewise, all the vocal cast has been picked and recorded and all the scripts have been recorded.

Fans can expect “Korra” to have a more serious tone. Part of that has to do with the fact that the characters are all little bit older than the first series.

“Korra is 16 so she’s older than Aang was. So I think maybe some people who weren’t into the first show might find this one and be into it,” says DiMartino.

When asked if characters from the first series will show up, Konietzko admitted that it’s “70 years later so they’ll appear in various ways perhaps.”

“There is definitely a link to the old series and the old characters,” DiMartino assures.

When asked to describe Korra DiMartino and Konietzko both had this to say:

DiMartino: Korra, we kind of describe her as a fiery waterbender. She’s very pugnacious. Kind of in your face. We wanted to create a new Avatar that was completely the opposite of Aang. So, whereas Aang was the peaceful, nomadic Airbender guy, she’s very tough, very headstrong, not scared to get into a fight, and kind of picks fights with people too sometimes. So she’s definitely totally the opposite of Aang so it has been kind of fun to write her character and put her in situations that Aang never would have gotten into.

Konietzko: It’s refreshing it’s totally different from Aang. But she’s also funny and has a lot of charm and vulnerability because she’s still growing up and trying to figure things out. We worked on that first series for more than six years and we love those characters but it’s great to be working with fresh ones with a new spin on the world.

When asked about who the main villain will be for Korra, DiMartino hinted that he would be an anti-bending revolutionary guy. “Very scary dude. And definitely is quite a challenge for Korra.”

Lastly, the duo were asked if we’d ever find out what happened to Zuko’s mother.

And according to DiMartino, “That question will be answered in some way, but not necessarily in the show. That’s all I’ll say.”

“The Last Airbender: Legend Of Korra” is due out mid-2012 on Nickelodeon.