We’ve known that The Dark Elves were going to be a big part of Thor: The Dark World for a while now. How couldn’t they be when Christopher Eccleston, has been cast to play Malekith, the leader of the Dark Elves. Now we are getting our first partial look at them and they look pretty cool. I call it a partial look because I’m guessing that the black portions of the costume are probably going to be heavily enhanced via CGI. 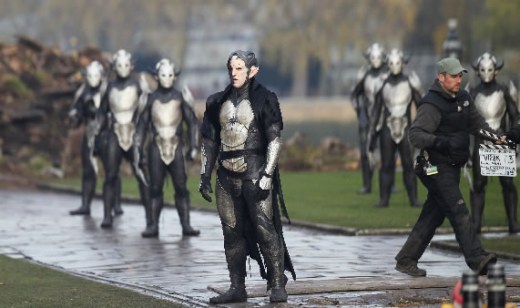 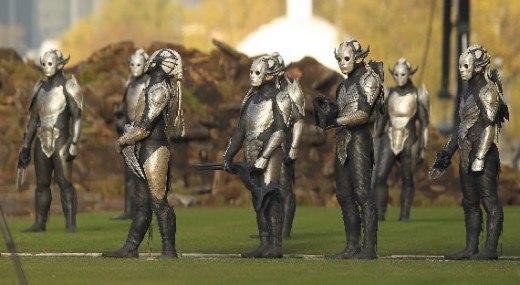