By far the most intense trailer yet, complete with some of the best visuals of the aliens that we’ve seen for the movie thus far!

The newest trailer for Prometheus is pretty damned awesome. We get our best look at the story and what brings the crew to the alien planet and we also get some of our best looks yet at the aliens. They are definitely not the xenomorphs that we’ve come to know and love from previous Alien films, but they definitely share some of the same attributes. 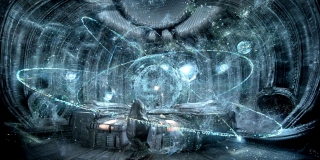 Here’s the official film synopsis:
Ridley Scott, director of “Alien” and “Blade Runner,” returns to the genre he helped define. With PROMETHEUS, he creates a groundbreaking mythology, in which a team of explorers discover a clue to the origins of mankind on Earth, leading them on a thrilling journey to the darkest corners of the universe. There, they must fight a terrifying battle to save the future of the human race.