‘Rise Of The Planet Of The Apes’ New Footage

Check out screen caps of footage and concept art from today’s Facebook Presentation.

Just a few minutes ago, Weta Studios held a live facebook reveal for the upcoming ‘Rise of the Planet of the Apes’ movie starring James Franco, John Lithgow and Andy Serkis.

If you didn’t get to see it, you missed out on a great chat with Andy Serkis who will be playing the main Ape, Cesar. along with the interview, fans were treated to concept art, a couple snippets of footage some shots of the progression of the special effects.

Also, we got the news that the first trailer for the film will be released tomorrow. As soon as it becomes available, we’ll have it here for you!

Here are some caps from today’s presentation: 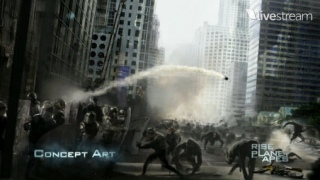 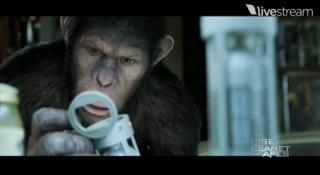 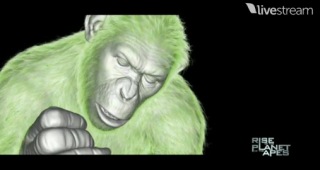 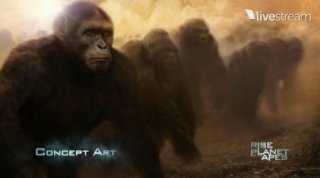 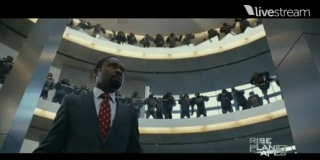 Here’s the embed link. It may or may not still be working: