The NY Times described it as “hokey comedy with an enemies list.” TV Guide called it a “ghastly ego trip.” And the LA Times asked, “Rosie, what on earth were you thinking? 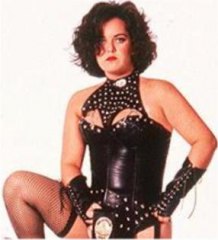 I’ll be the first to admit that I’m not a huge Rosie fan. there was a time back in the day, somewhere between the Boy George Musical and the scary costumes in Exit to Eden, where I really did like the woman. Then she got all preachy and not only attacked Tom Selleck on her show, but also chastised Tori Amos for making an off handed remark about getting caught by customs in Europe with some weed in her boots. That’s about when they pulled back the curtain on her for me. Since then, she’s just a really big mouth that spews a lot of really angry things. With that said it makes total sense that NBC would give her hew own variety show.

Well, the reviews and the ratings have come in and the special that was really a pilot for a future series has about as much chance as a pig roast at a bar mitzvah.

Here’s what the Hollywood Reporter had to say:
A mere 5 million viewers tuned in for the 8 p.m. premiere of “Rosie Live,” with the program earning a 1.2 preliminary adults 18-49 rating. The telecast matched ABC’s recently canceled “Pushing Daisies” as the night’s lowest-rated program on a major broadcast network.

Critics were not kind. The NY Times described it as “hokey comedy with an enemies list.” TV Guide called it a “ghastly ego trip.” And the LA Times asked, “Rosie, what on earth were you thinking?”

Take a quick look at some of the high points from the show… if you can sit through them.