Kind of a spoiler… so don’t read it if you are afraid of spoiler.

We were expecting a lot of news to come out about Star Wars Episode IIV between the big Star Wars Convention a couple weeks ago or at last week’s D23, Disney convention. Sadly, the nobody said jack.

Now, thanks to the guys over at Latino Review, we are hearing a new rumor. It has been rumored for a while that Ian McDiarmid, the man who played Emperor Palpatine, would be coming back for Episode VII, but that he’d be doing so as an old man clone.

Well, that just doesn’t make any sense… who makes clones of old people? LR is actually reporting that according to their sources, Palpatine comes back as a Force Ghost..like Obi Wan.

This leads to the second big rumor that they had to announce: Palpatine had a new apprentice before he got killed!!!! 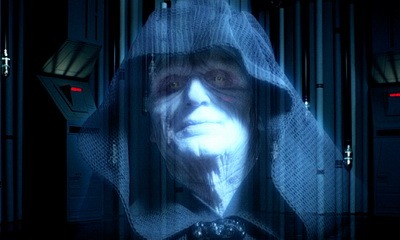