There’s a new, and very interesting rumor floating around the net thanks to the guys at Latino Review.

While we all pretty much know that Vin Diesel will be the voice of Groot in Guadians of the Galaxy, now we have a hunch as to who will be playing the voice of Rocket Racoon. For months, there had been speculation that it would be Jim Carrey (though now he is anti-gun) or Adam Sandler. The thought of this scared fans who became worried that Rocket Racoon would be turned into an adorable comedic side-kick.

Well, according to LR, the rumor is that they are looking at non other than Bradley Cooper! 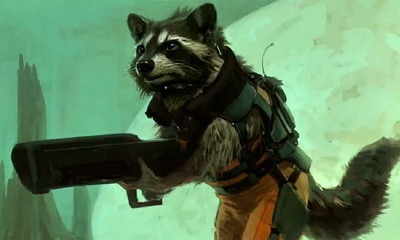