If you’re FOX and you’re still licking your financial wounds from the crap show that was Fantastic Four, what would be a great way to get a few extra million butts in the theater seats, especially if those butts are not part of the typical super hero movie going demographic? How about shoehorning one of the biggest pop stars in the world into the role so she can tell her 76.4 million fans to go and see it? It’s looking like that might be the case.

Yup, there’s a rumor going around that Taylor Swift will be making a cameo appearance in the upcoming film, X-Men: Apocalypse, thanks to some tweeting by the film’s cast and crew. According to the rumor, she’s been cast as the mutant rock star, Dazzler. The role could just be a cameo, but it could also mean that she’s slated to appear in future X-Men films.

The rumor started last year, when writer/producer Simon Kinberg shared a pic from Montreal, where the film was shooting, including Swift, Kinberg, James McAvoy, and Sophie Turner. That got some people talking, but the rumor mill died down after a while and nothing ever came of it. That is, until last night.

That’s when Sophie Turner, the film’s Jean Grey, posted this Image on her Twitter feed along with the comment: #FBF that time Cyclops and I went shopping at the mall and found our favorite singer’s album (pre 1989, of course) 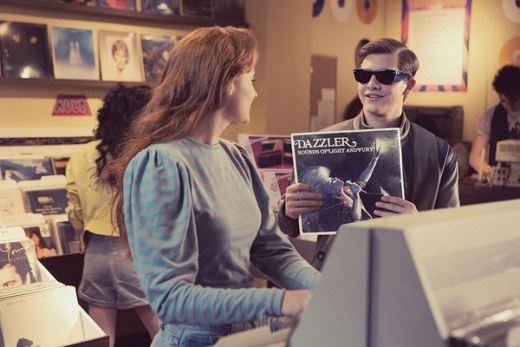 So, there’s smoke, but is there fire? Who knows. It’s a pretty smart move on FOX’s part because they’ll bring in far more people than they’ll alienate. Hell, if people saw 4 X-Men films with Halle Berry as Storm instead of Angela Bassett, they’ll forgive just about anything. Either way, we’ll know in just about a month when X-Men: Apocalypse hits theaters.