Take this with a grain of salt, but it could be the ultimate culmination of pre-teen girl fantasies comes true.

Take this with a grain of salt, but it could be the ultimate culmination of pre-teen girl fantasies comes true. Robert Pattinson is currently getting really good feedback for his work on the upcoming film Cosmopolis, directed by David Cronenberg. The two worked so well together that they are actually now prepping a second film.

However, it was announced today that Lionsgate wants to get a little bit of that pale British ass in their next Hunger Games film, Catching Fire. If it is true, this would be Pattinson’s second time working with Catching Fire Director, Francis Lawrence. Previously, they made the film Water For Elephants together.

Here is more on the rumor:

Pattinson is rumored to portray Finnick, one of the competition’s youngest champions, at fourteen, having won the 65th annual Hunger Games for District 4. By the time the character appears in Catching Fire, Finnick is in his mid-twenties and joins the Third Quarter Quell, a Hunger Games competition consisting of former winners (including Katniss and Peeta). 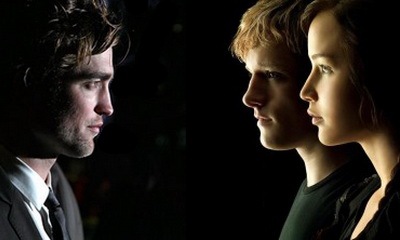