SDCC: Watch The Trailer For ‘Crave’ Before It Premiers Tonight

There’s a great panel tonight at 6:15 in Hall H called ‘Virtual Drive-In’.In it, they will be previewing the trailers of three new movies. One of them is Charles de Lauzirika’s Crave. Now you can watch it here before the panel even begins!

Official Synopsis:
“Aiden (Josh Lawson) fantasizes about a better life away from his gruesome job as a crime scene photographer working alongside his detective friend Pete (Ron Perlman)–a heroic life where he falls in love with the perfect woman and dispenses justice on the hard streets of Detroit. When he meets the alluring young Virginia (Emma Lung) and steals a gun from a crime scene, the line between his darkest fantasies and reality begins to blur, with deadly consequences. This visually arresting psychological noir begins its festival run with its world premiere at the Fantasia Film Festival and continues on to other festivals around the world.“ 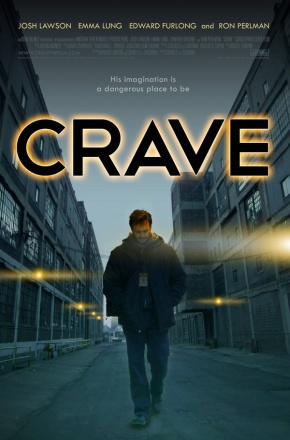