Spoiler!!! Seriously… what were they thinking releasing something like this?

Spoiler!!! Seriously… what were they thinking releasing something like this? This new clip between the characters of Dr Ratha and Dr Connors talking about something that I won’t spoil, but it gives away a lot of back story and possibly lays the groundwork for the sequel. 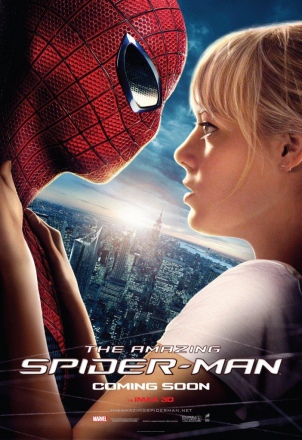 The Amazing Spider-Man is an upcoming American superhero film directed by Marc Webb, based on the comic book of the same name and starring Andrew Garfield as the Marvel Comics character Spider-Man. It is the fourth Columbia Pictures film that portrays Spider-Man in film and is a reboot of the film series that stars the superhero. The cast includes Garfield as Peter Parker and his alter ego, Emma Stone as Gwen Stacy and Rhys Ifans as Dr. Curt Connors. The film will portray Parker as his super powers are evolving in high school.

The film’s development began simultaneously with Sony announcing the cancellation of Spider-Man 4. Opting for a reboot with the same production team rather than another sequel, the studio announced a July 2012 release date for what was now titled The Amazing Spider-Man. James Vanderbilt was hired to write the script while Alvin Sargent and Steve Kloves helped fine-tune the script. Filming started in December 2010 in Los Angeles before moving to New York City with the help of RED Epic camera. The film entered post-production in April 2011.

Sony Entertainment has focused its marketing campaign with a promotional website with released images, 2 theatrical trailers, a prologue screening in certain cities and a video game tie-in being developed by Beenox among other products. The Amazing Spider-Man is scheduled to be released in 3D and IMAX 3D on July 3, 2012. A sequel of the film is being planned for release in 2014 with James Vanderbilt hired to again write the screenplay.