Spongebob Documentary on The Way 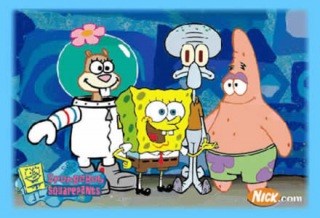 Believe it or not, Spongebob Squarepants is ten years old. For the last decade he’s been giving kids a preview of life as a stoner and the just can’t get enough. He’s spun off a movie, several video games, countless toys and DVDs and now there’s a team that wants to examine the magic behind the sponge.

The duo behind the docs “Wordplay” and “I.O.U.S.A.” are tackling a lighter topic: SpongeBob SquarePants. Patrick Creadon and Christine O’Malley will write, direct and produce a one-hour doc about Nickelodeon’s hit toon series as it marks 10 years on the air.

While this seems like a weird topic for the crew who just made the word’s most popular documentary about cross word puzzles, you have to keep in mind the show’s tremendous popularity.

“SpongeBob” has been the top-rated animated program among kids 2-11 for more than seven straight years. The show is seen in 171 markets in 25 languages, and it’s the most widely distributed property in the history of MTV Networks.

The documentary will be shown across various MTV Networks platforms in July.