Stan Lee is taking over the TV this Februrary.

We should just go ahead and rename February Stan Lee Month, because he’s got some huge things coming down the pike. First, his new Animated movie, “Mighty 7” hits the Hub Network on February 1st, where he voices himself as the mentor of a young group of superheroes. Then, we’ve got his newly announced cameo on Marvel’s Agents of S.H.I.E.L.D., which was just announced for ABC on February 7th.

We don’t have any details on the role he’ll be playing as of yet, just that it is “Big.”

Meanwhile, Agents of SHIELD returns to ABC tonight where we will hopefully find out just exactly how it is that Agent Coulson is actually alive. 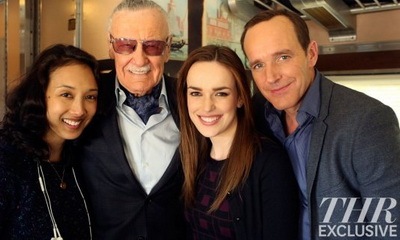