STAR WARS: EPISODE VII R2D2 To Be Made By Fans

Get the details and your first “look” at the script after the jump.

This might be one of the coolest things that a big studio has ever done for fans. Latino Review is reporting that the photo that hit the net last week of J.J. Abrams and LucasFilm president Kathleen Kennedy around an R2-D2 model for the next Star Wars film was actually made by fans and not the studio. Morever, Kennedy was so impressed with it, that she’s decided it will be used in the filming of Star Wars: Episode VII.

The droid was constructed by Lee Towersey and Oliver Steeples, who brought it to Celebration Europe convention last summer in Germany. That’s where Kenndy say it and came up with the idea to use that exact model in the film. Not long after, the creators got a call from one of the Executive Producers, officially inviting them to join the creature effects team for “Star Wars: Episode VII.”

This story ends with some good news for us. It looks like they are currently working on screen models for the film and they are focused on making sure they can work in different terrain and handle all sorts of practical effects. Thankfully, this means Abrams might be keeping his word on not overusing CGI. 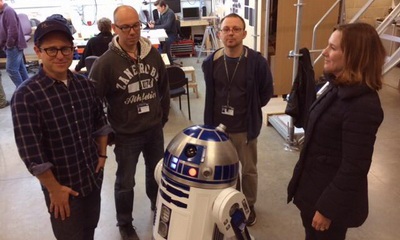 On a side note, it looks like Jason Flemyng, who starred in SNATCH is up for a role in the new Star Wars film. How do we know? Well, he posted an image of the script on instagram along with this message: Pint of Stella and ” Star Wars” script! That’s me sorted till 5! 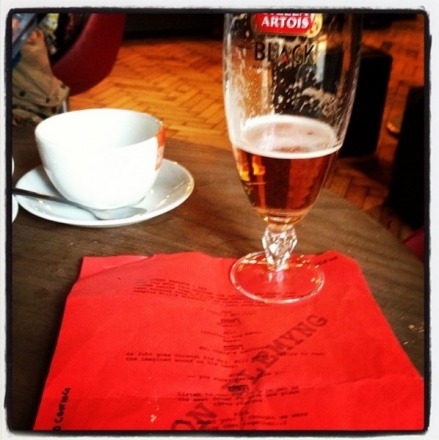