Earlier today, it was confirmed that Darth Vader would be part of the upcoming Rogue One Movie (I thought we’ve known this for months…) Now, lets meet the rest of the characters.

Earlier today, it was confirmed that Darth Vader would be part of the upcoming Rogue One Movie (I thought we’ve known this for months…) Now, lets meet the rest of the characters. The following character profiles are from EW.com. One profile has been left blank. They plan to reveal more about Forest Whitaker’s character later today and we’ll have that news for you when it breaks.

* Also, does anyone else notice that everyone is in their costume except for Mikkelson, who is wearing a plaid shirt?

Jyn Erso (Felicity Jones)
A streetwise delinquent who has been on her own since 15, she has fighting skills and a knowledge of the galactic underworld that the Rebel Alliance desperately needs. “She’s got a checkered past,” says Lucasfilm president and Rogue One producer Kathleen Kennedy. “She has been detained [by the Rebellion] and is being given an opportunity to be useful. And by being useful, it may commute her sentence… She’s a real survivor. She becomes a kind of Joan of Arc in the story.” 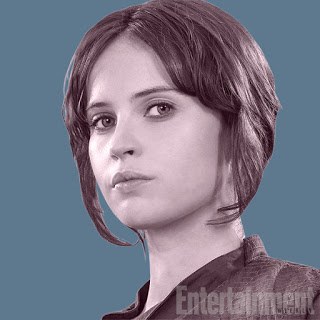 Captain Cassain Ador (Diego Luna)
Andor is a by-the-book Rebel intelligence officer, brought in to steady the volatile Erso, but he’s no square. He’s committed, steady, and practical, and has seen more than his share of combat. “He conveys a fair amount of experience and the reality of what it’s like to do this every day, to try to figure out how to resist the Empire effectively and intelligently,” says Kiri Hart, Lucasfilm’s chief of story development. “It’s not easy.” 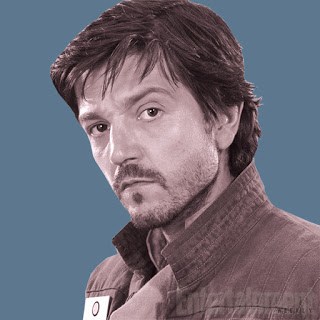 Chirrut Imwe (Donnie Yen)
Pronounced chi-RUT, he’s no Jedi, but he’s devoted to their ways and has used his spirituality to overcome his blindness and become a formidable warrior. “Chirrut falls into the category of being a warrior monk,” says Kennedy. “He very much still believes in everything the Jedi were about.” He maintains that belief even though the Jedi are no longer there to protect the galaxy. As director Gareth Edwards puts it: “This idea that magical beings are going to come and save us is going away, and it’s up to normal, everyday people to take a stand to stop evil from dominating the world. 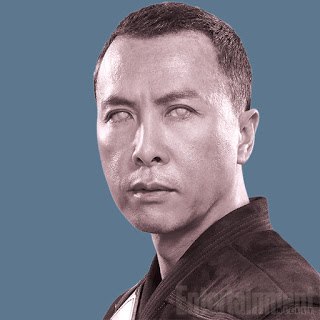 Baze Malbus (Jiang Wen)
Heavily armored, Baze prefers a blaster to hokey religions and ancient weapons, but he is devoted to protecting his friend Chirrut at all costs. “He understands Chirrut’s spiritual centeredness, but he doesn’t necessarily support it,” Kennedy says. Baze goes along with this Force business because “it’s what his friend deeply believes,” she adds. Think of them as a little like the galactic version of Don Quixote and Sancho Panza. 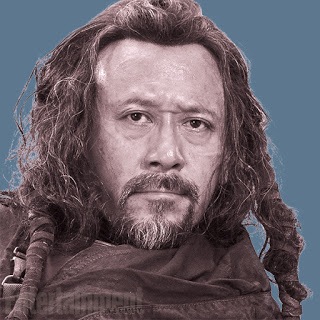 Bodhi Rook (Riz Ahmed)
Bodhi is this Rebel squad’s lead pilot. He tends to be hot-headed, but any abrasiveness is overshadowed by his skills in the air — and the void of space. “He flies a lot of cargo, one of his key jobs,” Kennedy says. “And he tends to be a little tense, a little volatile, but everybody in the group really relies on his technical skills.” 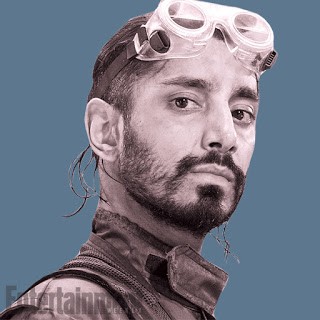 K-2SO (Alan Tudyk)
This towering, powerful security droid is described by Edwards as “the antithesis of C-3PO.” In other words, he’s tough, confident, not especially interested in “human/cyborg relations,” and the complete opposite of a neurotic fussbudget. “Kaytoo is a little bit like Chewbacca’s personality in a droid’s body,” Edwards says. “He doesn’t give a s— about what you think. He doesn’t fully check himself before he says things and does things. He just speaks the truth.” Like Jyn, he’s also seeking a bit of redemption for past wrongs. Droids, too, can have regret. 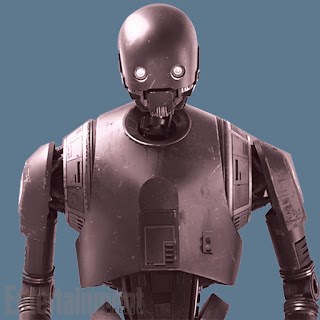 Galen Erso (Mads Mikklesen)
Jyn’s estranged father is like the galactic version of nuclear pioneer J. Robert Oppenheimer, with doomsday knowledge that is sought by both the Empire and the Rebellion. “He’s one of those people that has insight into you know specific aspects of just how the universe works,” says Hart. Where has Galen been, if Jyn has been on her own for years? “The circumstances of how the family got to the state that it’s in is something that we probably don’t want to share right now,” Hart says. (Lucasfilm isn’t revealing his image yet, so this is file picture. Don’t worry — the button-down isn’t retro galactic fashion.) 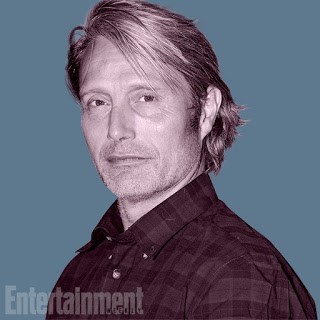 Director Orson Krennic (Ben Mendelsohn)
On the opposing side, this villain is an ambitious Imperial apparatchik who intends to use his squad of Deathtroopers to pulverize the Rebel uprising and ascend into the Emperor’s graces – while hopefully avoiding the wrath of his enforcer, Darth Vader. “The bad guy is a lot more terrifying when he’s really smart, and really effective,” says Knoll. “There is a lot of palace intrigue going on in the Empire, with people conspiring to move up the ranks and sabotaging each other. There’s not a lot of loyalty there.” 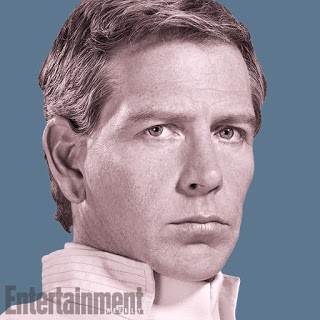 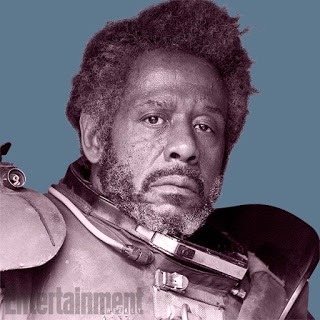