I guess this isn’t really a spoiler because he’s already got an action figure.

I guess this isn’t really a spoiler because he’s already got an action figure. Still, I’m torn about whether I should put a moratorium on all new info about the Star Wars The Force Awakens release to save both you and myself from spoilers.

Empire Magazine has released this image of Constable Zuvio from the film along with a description that he’s a “tough and humorless vigilant law officer on a mostly lawless world.” His job is to keep order on the frontier trading post of Jakku. As to whether he’s an ally or adversary to Rey has yet to be divulged. 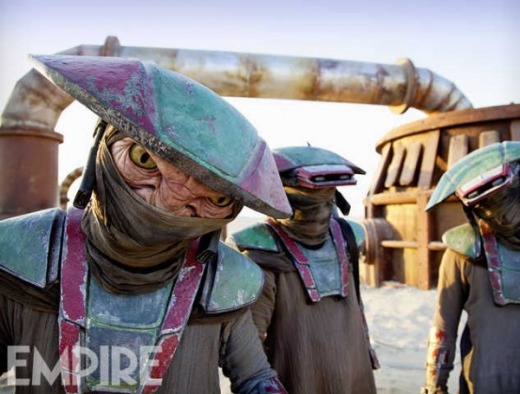